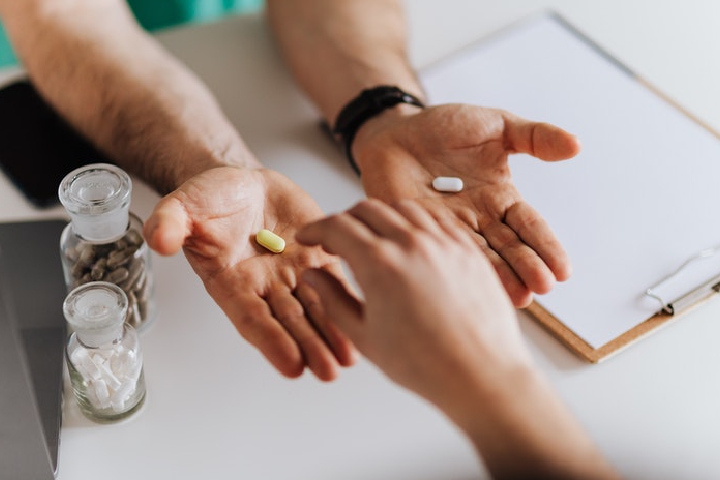 The Medications: Morning or night, before or after meals, contraindications We give you some keys to improving the used drugs’ effectiveness. When necessary, taking the Medications well is key to successful treatment.

It is already changing, and soon the laboratories will prepare drugs tailored to each user. That will avoid the mistakes that are now made with many of the most widely used drugs.

A large number of visits to the emergency room respond to the misuse of medications. We present you a guide so that, when you need to medicate, you do it correctly.

The drugs that we use the most are over-the-counter: paracetamol and non-steroidal anti-inflammatory drugs (or NSAIDs), especially acetylsalicylic acid (ASA) and ibuprofen (in low doses).

Some medications include them without our knowing it. With over-the-counter drugs, we are sometimes not as cautious as with the others.

And we overlap them without talking or with the pharmacist, which can lead to ingesting toxic amounts of an active ingredient.

There are antitussives, for example, that contain paracetamol, ibuprofen, or ASA.

The Medications that combine drugs accumulate the side effects of each.

You do not have to take drugs without consulting a specialist first, but if you need immediate relief, opt better for paracetamol as it has fewer side effects than the others.

Think that these drugs relieve pain but do not solve the cause that causes it: painkillers do not cure; they only improve a symptom.

Sometimes, the Medications as they alleviate our problem, we take them without going to the doctor to discover its cause when it is recurrent.

And abuse them against the headache, For example, it can cause a rebound migraine (the intensity of the pain subsides for a few hours, but it becomes chronic), in addition to increasing the risk of ulcers.

Some can also prevent you from sleeping well if you consume them in the afternoon since they add caffeine to their formulation.

a. Recommendations if You Take Paracetamol

Yes, with water. Taken this way, it is more useful because it increases its bioavailability in the body (it is better absorbed).
Yes, on an empty stomach. It is the preferred option if it is tolerated without gastric discomfort, as its effectiveness increases.

Not with foods rich in pectin. Those that contain the most this type of fiber (apples, citrus fruits, carrots, aubergines, figs ), delay its assimilation.

They are not combined with oral contraceptives. It makes you absorb “too much” estrogen and can cause, for example, irregular periods.

Yes, right after eating and with a large glass of water. The former prevents irritation of the gastric mucosa; with the second, the body absorbs it more.

Yes, better before going to bed when the doctor has prescribed 1 a day against heart attack or stroke risk. At this time, it lowers the pressure more and more effectively prevents these episodes, mostly nocturnal.

No, it is mixed with fruit juices, as it would increase its acidity and irritate the stomach more.
Some foods enhance the effects of the drug.

Not on a par with ibuprofen. Who takes 1 acetylsalicylic acid a day should not also use ibuprofen to treat pain or fever.

No, in case of ulcer, it is advisable to avoid its intake, aggravating it.

Not with garlic, angelica, white willow, or Ginkgo Biloba. These supplements (or infusions) enhance ASA’s anticoagulant effect, which would increase the risk of bleeding.

Yes, with meals or milk. This is the only way to avoid irritating the gastric mucosa.

Yes, in the afternoon. It has been proven to be more effective than in the morning.

It should not be taken if there is a history of heart attack or stroke, personal or even family because, in that case, the risk of suffering another increase.

2. Antibiotics, This is How They End the Infection

Antibiotics are only effective against bacteria’s infections, but they do not kill infections caused by viruses, such as the flu.

If this is not taken into account, there can be severe consequences: taking antibiotics “when not playing” causes the body to develop resistance to them, which therefore cease to be effective when they are needed. Also, there are other rules for using it well. 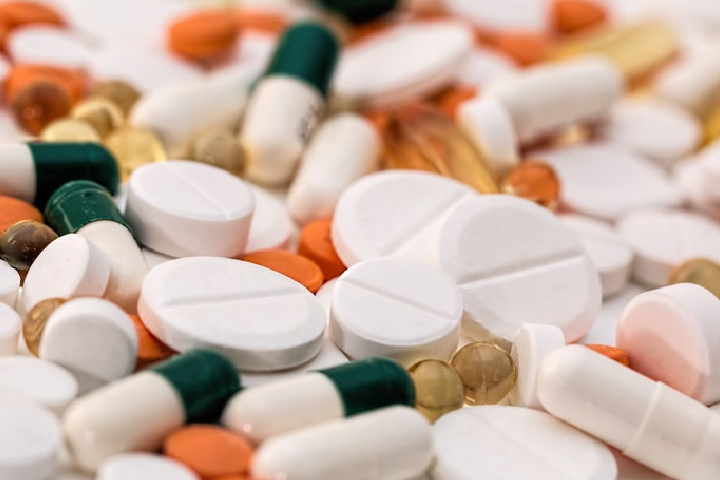 Start the box every time you need them and always after going to the doctor. Even if you have symptoms similar to a condition treated with antibiotics some time ago, you should not take the ones you used the last time (or those prescribed for another family).

There are antibiotics of various types, and it is the doctor who must determine the most suitable in each case.

When you start to feel better, don’t let your guard down, or you’ll relapse. If you leave the treatment without finishing it because you stop noticing the symptoms, the bacteria will start doing their thing again.

Ask your family doctor about each case. A full stomach increases the absorption capacity of many (such as clarithromycin or oral penicillins) but decreases others (such as azithromycin).

Substituting the “every 8 hours” for a “three times a day” is not always the same. When a stable level of antibiotic in the blood is not maintained, bacteria multiply.

If the doctor establishes the guideline “every 8 hours”, it must be respected and not think that it is the same as ingesting them three times a day regardless of the time.

If you forget, do it when you remember and count eight hours from then.

If it is a single daily dose, it must always be administered at the same time. And wait at least two hours before taking citrus or dandelion (they can alter its active ingredient and prevent its assimilation), dairy (can make it difficult to absorb the antibiotic) or supplements such as magnesium, iron, zinc, manganese, and calcium.

If they are used sporadically, without meeting the doctor’s deadlines, the tension becomes resistant to drugs, with the risks of not being able to lower it. Other things are not taken into account that makes them work worse:

Anti-inflammatories don’t work for them. There is evidence that they raise blood pressure (something similar happens with effervescent tablets). When they are combined, the dose of the antihypertensive must be adjusted. 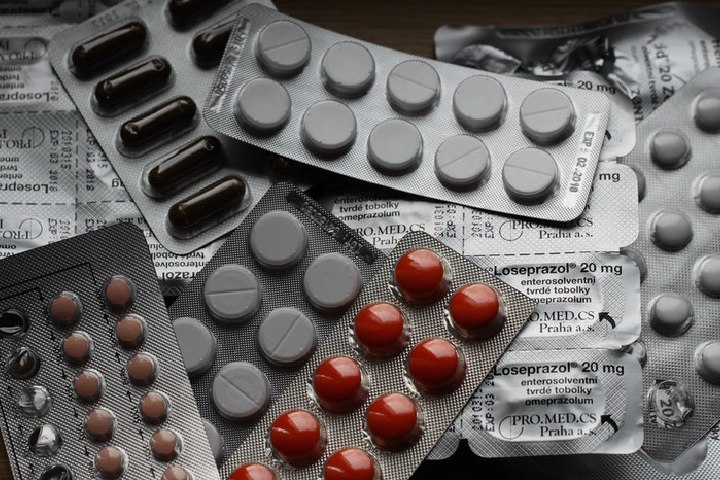 Be careful when treating nasal congestion. Some decongestants include an active ingredient that reduces the effectiveness of these drugs.

Diuretics and omega-3s exaggerate their role. Combining with these drugs, many infusions (especially antihypertensive, such as hibiscus tea or passionflower) and fish oil supplements can lower the pressure too much. It is the same with the nutritious Goji berries.

On an empty stomach, they act less. Food improves its absorption.

About these drugs – the most prescribed are statins – there are recommendations to improve their effectiveness and to avoid damage:

You will be more protected if you take omega 3 simultaneously, that is, the fatty acids from oily fish or nuts or in supplement form. It is an effective way to reduce cardiovascular mortality.

They are foods that have side effects, and the doctor must assess the risk-benefit ratio.

Do Not Drink Grapefruit Juice During Treatment

They are the drugs with which this juice interacts the worst, and can even cause kidney failure as it prevents the liver from processing well most statins, which accumulate in excess in the body. It is best to take them with water.

Researchers at the Mayo Clinic in Minnesota (USA) have found that postmenopausal women who take statins have a higher risk of diabetes. They are advised to check their sugar and liver function often.

Please do not mix them with anti-inflammatories or omega-3 acids. The first combination is sometimes the culprit that people taking anti-depression drugs stop responding to them.

As for omega-3 supplements, they can increase the symptoms of depression if you have it, thus making medications less effective.

Combined with caffeine or ginseng, they stimulate too much. This overstimulation can cause high blood pressure, palpitations, Also, tea, due to the tannins it contains, also prevents the body from absorbing enough of some antidepressants. 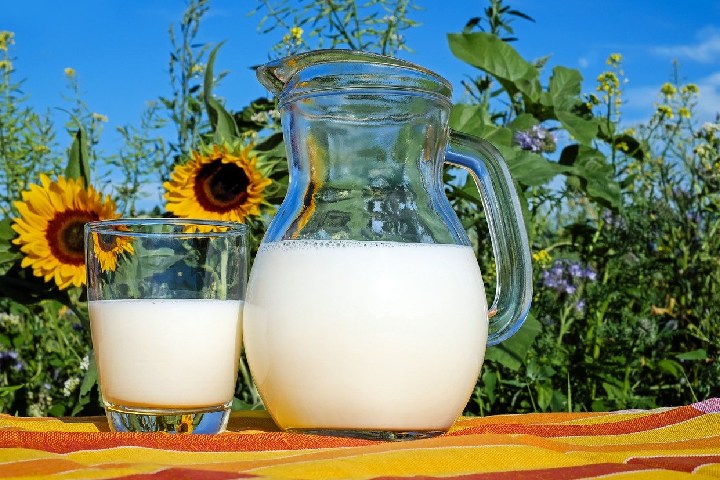 With foods rich in tyramine, you can suffer a hypertensive crisis. Fermented cheeses, pickled, smoked, preserved avoid during treatment and three weeks after

As for anxiolytics, if you take them with other sedatives, you can feel too tired. Well managed, they do not have to produce disabling sleep.

But this can occur if mixed with valerian infusions, for example, or with a treatment based on melatonin (used against insomnia, for jet lag ).

6. Gastric Protectors, So They Protect You

A study by the Andalusian Health Council reveals that 19% is taken unnecessarily. It is also necessary to avoid misusing them:

On an empty stomach. Most of them are well absorbed by the body if taken like this (and with water).

Adjust your schedule. Its consumption is usually prescribed once a day without specifying the time. But there is research showing that some are more effective in the morning and others at night. Clarify your case with the doctor.

Don’t abuse milk. Taking too much at the same time as certain antacids, such as bicarbonate, can create calcium deposits in the kidneys and other tissues over a long period.

Be careful if you take polypharmacy. The most prescribed gastric protector, omeprazole, is also one of the most harmful drugs with other medications, especially clopidogrel (it prevents heart attack and stroke).

What To Do When My Baby Has Abdominal Pain?

Some Medications Can Cause Lung Damage

Learn About The Advantages Of Dissimilar Types Of Tea

How to Choose the Right Wrinkle Relaxer Treatment

6 Best Feel-Good Gifts to Gift Yourself This Holiday Season

What is The Scope of fashion Designing in India?

How to Keep on Top of Stress in Nursing School